My birthday is coming up and I want to celebrate it with you! I’ve put togethersome upcoming shows in NYC and Europe and would love to see you there!

I was part of the Freispieler at Supergau - a public art festival with the goal of bringing art into the country side. I had the pleasure of meeting new amazing musicians: Tuba artist Carl Ludwig Hübsch while reconnecting with Sebi Tramontana and Almut Kühne.

Here is 360 video sample from a performance at the sculpture “Das Gelbe vom Gau” by Moritz Matschke and Anna Pech:

I was invited to perform at the summer festival of the German Bundespräsident and I invited Ali Boulo Santo Cissoko and Trilok Gurtu. Unfortunately, it was canceled due to Covid-19. Nevertheless it was encouraging to be invited receiving recognition for our two decades of cross cultural work.

Nevertheless we recorded a new album at the Goethe Institut in Paris with Ali Boulo Santo featuring Mino Cinelu. Huge thank to the Institute and their team especially Maxime Libiszeski and Susanne Bigot! It will come out sometime later this year. Mino Cinelu’s artistry has been with me since a teenager: I listened to him on so many recordings with Miles Davis, Gil Evans and Sting. I am excited for new collaborations with both amazing artists in the future!

The album is a deep spiritual continuation of my long time trumpet/kora collaboration, which we also took onto another level in October by being invited to the Jazz & The City Festival. Thank you, Tina and everyone in Salzburg, for giving us the opportunity to rehearse a new flamenco | Kora | trumpet trio. Here is a private video from a live performance with the duo and trio:

We will be rehearsing and recoding the new trio album next month.

And it didn’t end here! The ART OMI Music Residency during the summer was mind blowing and truly life changing!

I met and connected with incredible artists:

Thank you Jeffrey for your vision and for bringing together this group!

Here a two 360 video from our experiences:

We were able to already record two new projects:

First Amanda Irarrazabal a double bass and vocal artist and myself recorded a session at St. Peter Church in Staten Island.

And secondly George Odero a single stringed fiddle artists and singer from Kenia. Many thanks to the German Konsul for opening their concert hall to recorded a duo album at the German house in New York.

They are pre-mixed samples and the recordings will come out this year as well.

I continued my lessons with flamenco master Enrique Vargas. What an amazing generous teacher and player. My friend Joe Quitzke a drummer from Paris and myself are now planning to create our own residency with Enrique in Spain. Joe speaks fluently Spanish and it can be helpful to do things together.

Besides four films, documentaries and Immersive projects which need to be finished, we completed the production of “Roll 4 US” by visiting Minneapolis, Moorhead and Austin competing additional missing interviews. More soon! It was great to see NeSey again while also visiting Rosy Simas new Dance Studio! What a great space!

This year I hope we can finally complete and perform the Immersive Community Performance about indigenous homelessness, historic trauma and genocide at Rosy Simas‘ Studio.

Long Life, Happiness and Peace for 2021 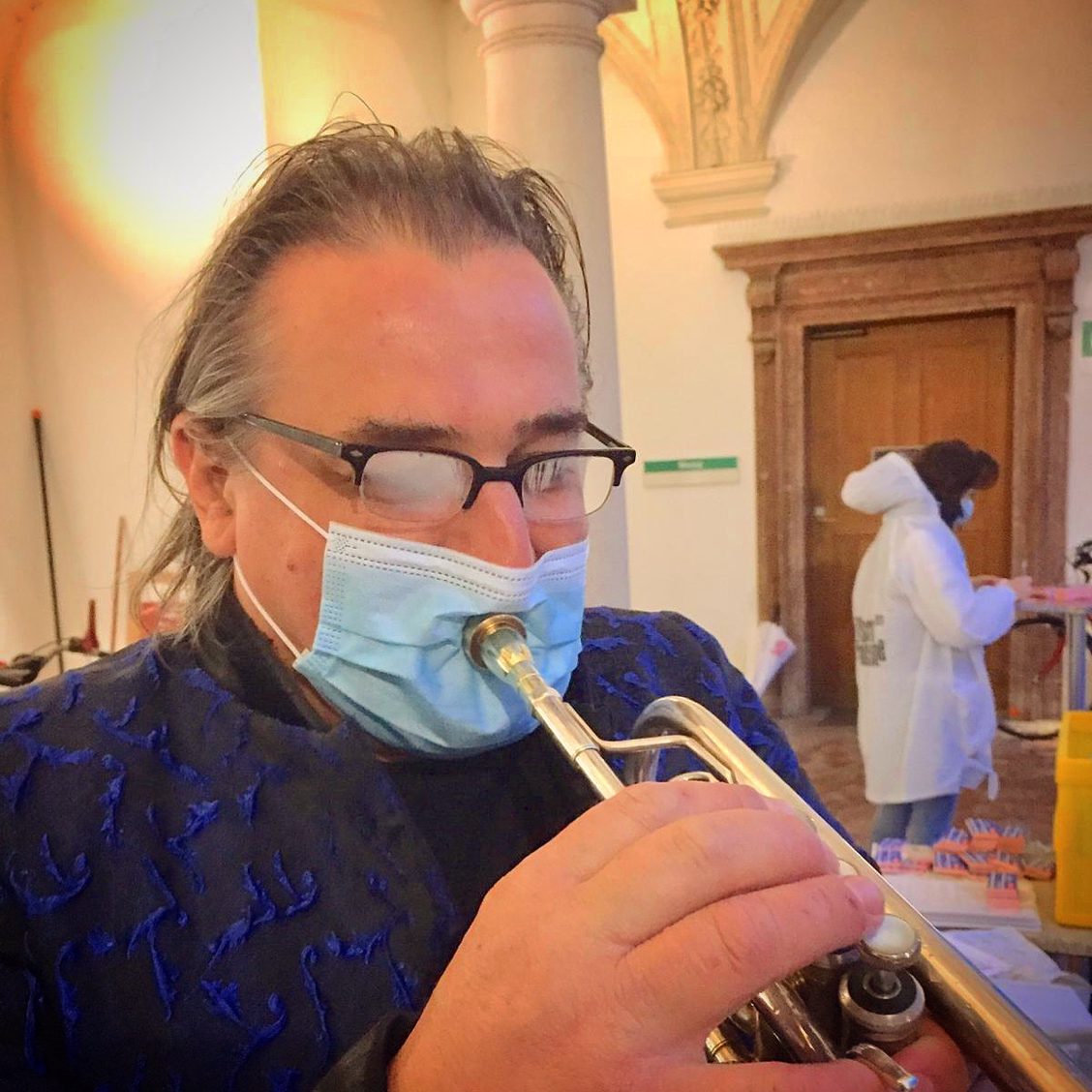 Covid Restriction at a concert in Salzburg (Photo by Edward Perraud) Boris and Alejandro overseen by Mozart… On the road filming a wheel chair road movie “Roll 4 US” now in assembly stage thanks to Sak Costanzo. You can help us finishing the film by donating here: Roll 4 US 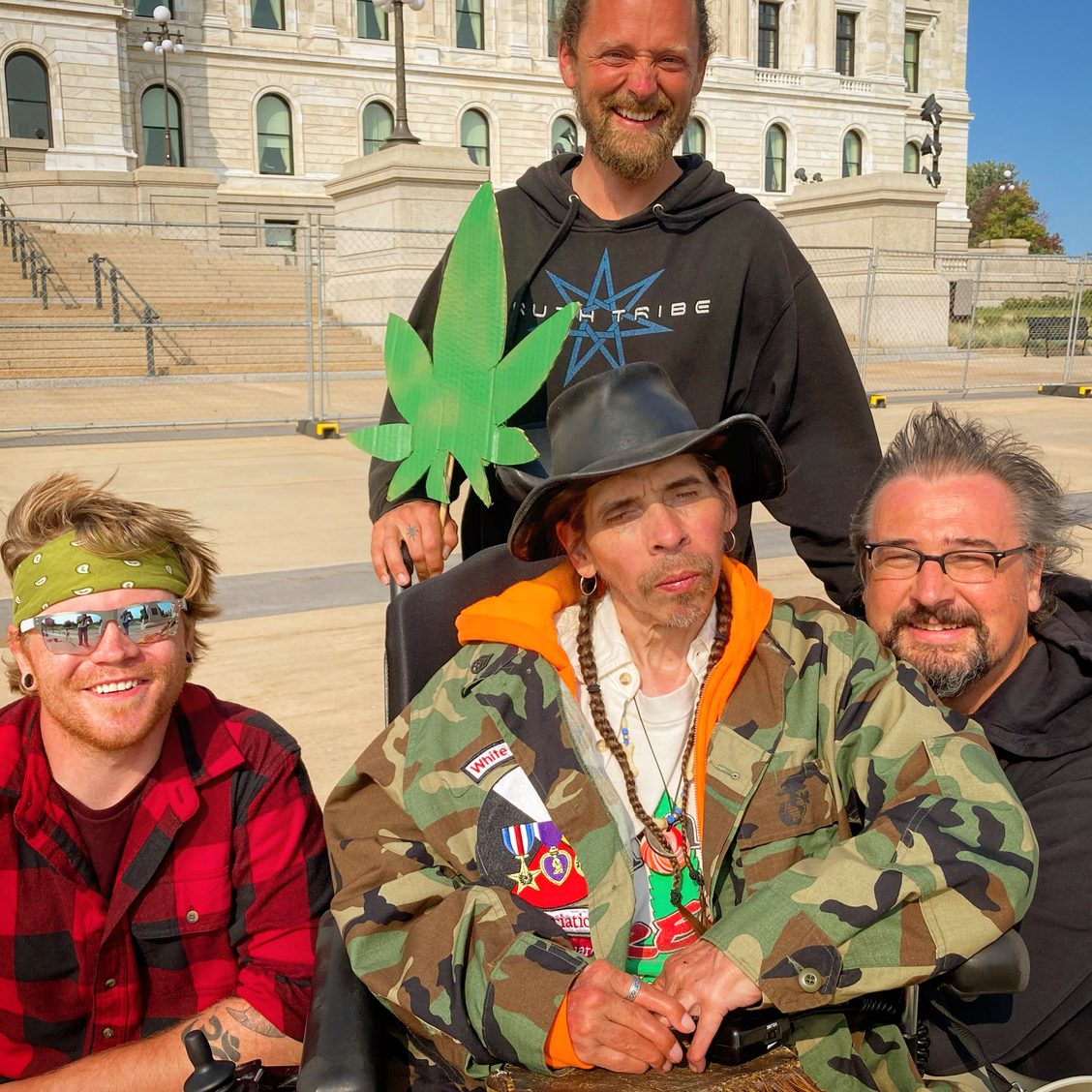 Almut Kühne performing at the Blaue Gans Art Hotel with Niklaus taped chair. Special thanks to Andreas for hosting us! Empty planes across the Atlantic felt safer than taking the subway in NYC…. 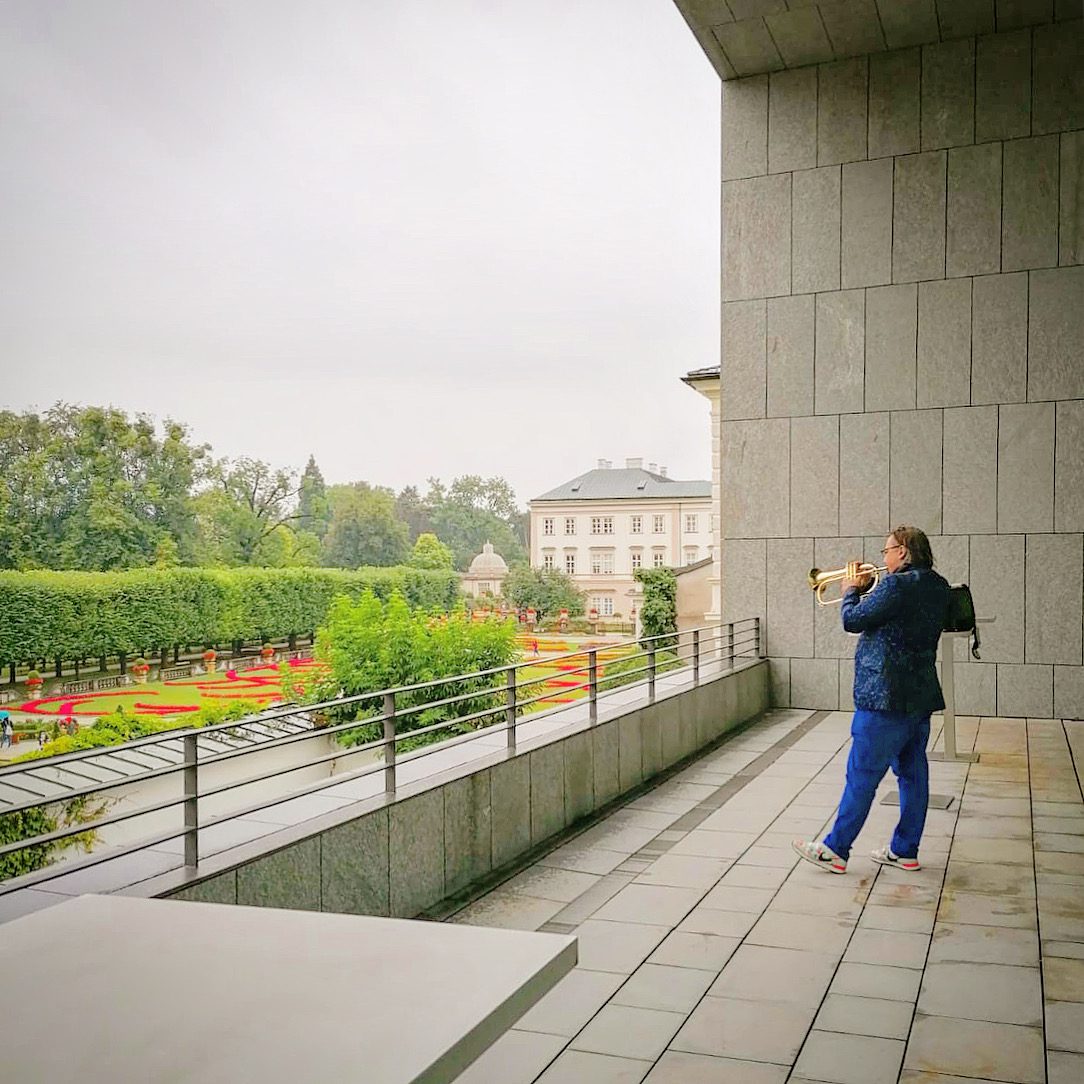 Solo Improvisation over the Mirabell Platz from the Mozarteum. Helge Leiberg’s overhead projection on Mozart’s birth-house. A few trumpet notes may had an impact on the painting? Inside the house were Anna-Lena and Eduard performing but we couldn’t hear them and I was happy to make some noise.. A gift from Helge now hanging in our NYC Appartment. 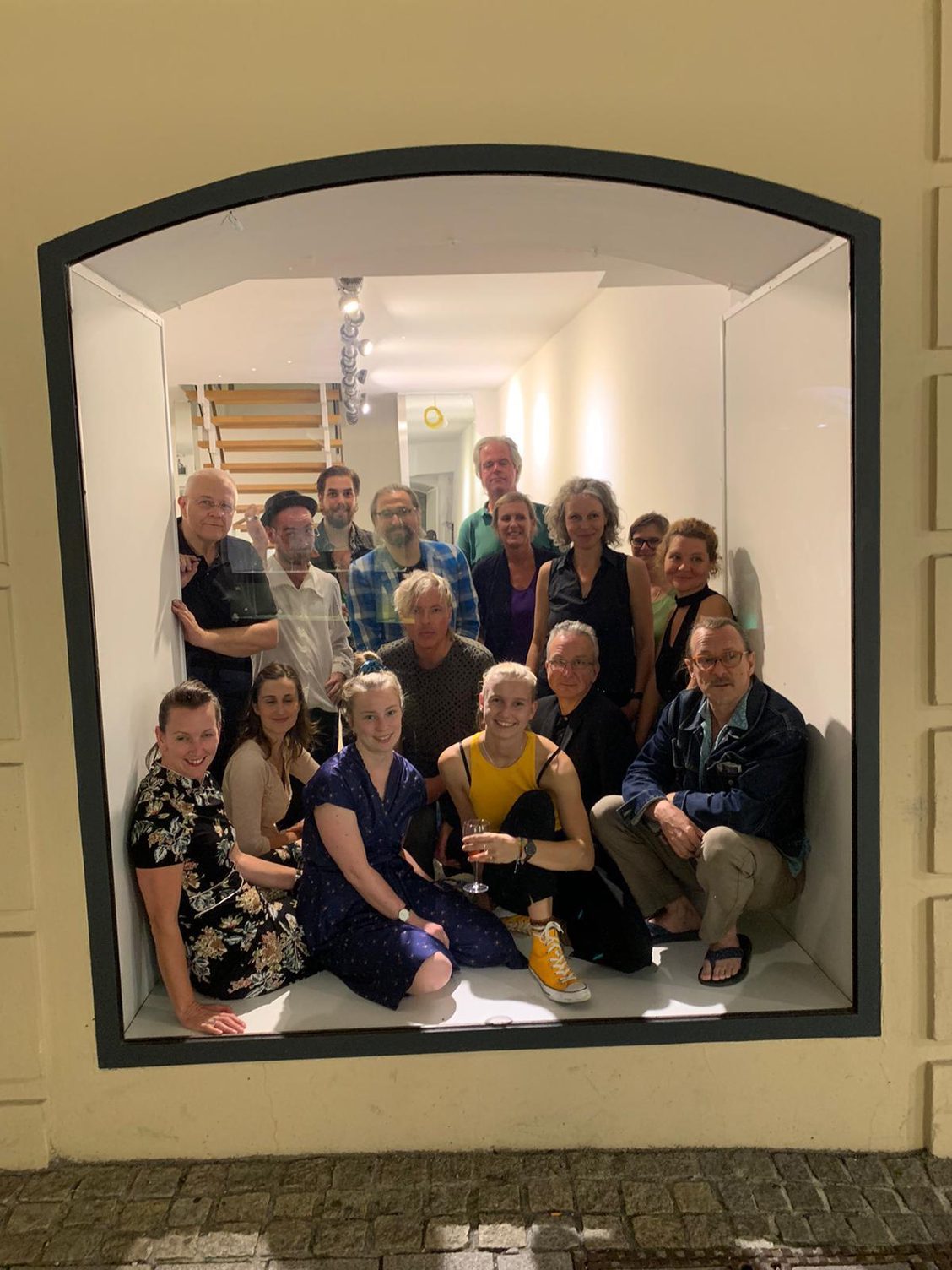 All the bandits and art fighters creating a infectious art virus… Many thanks to Claudia and Fred to open their “Leerstand”. And of course Tina Heine on the left who put the “Zwischenräume Festival” together! THANK YOU! 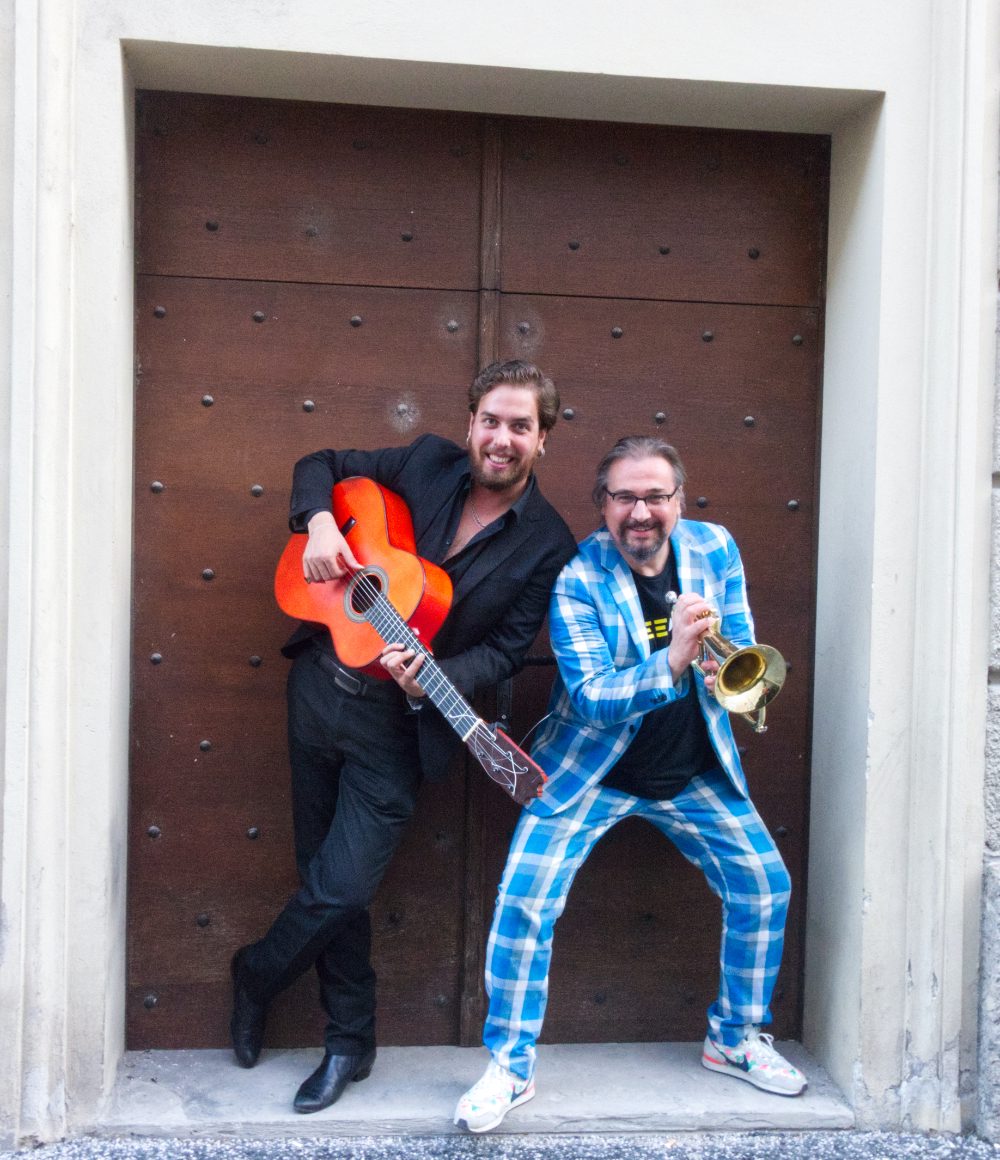 Grateful to have met, learned from and performed with Alejandro Moreno. Amsterdam Stop Over visiting the Rembrandthuis. 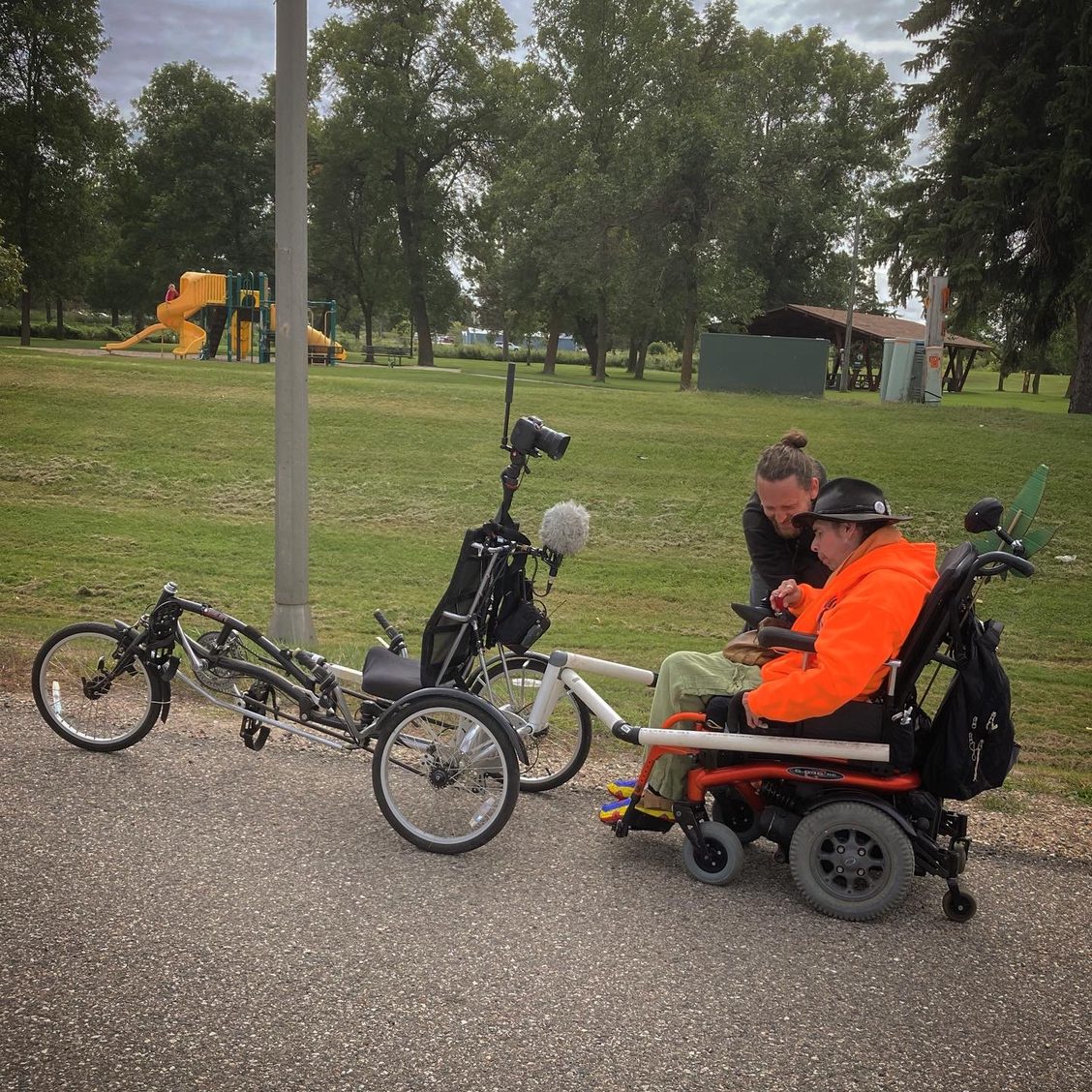 How to you ride blind on an electric chair? Ask Kevin and Lonnie they have answers… 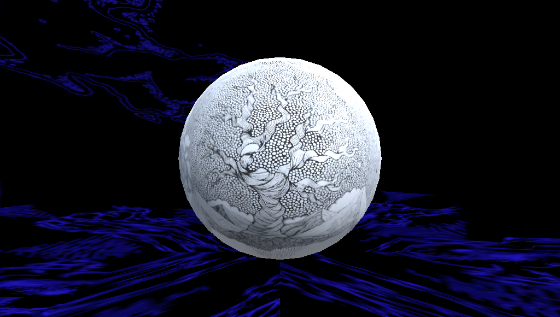 Many thanks to Lara Lewison for teaching me UNITY at Harvestworks via an artist scholarship. 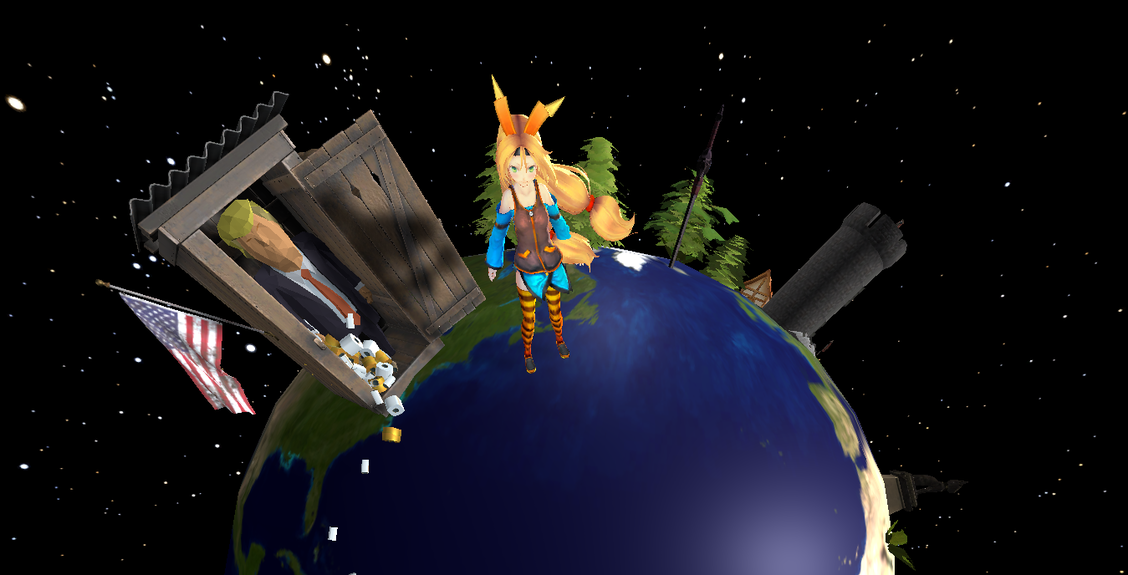 Plant some trees to save the planet and expose our former president hoarding paper. Click Play (Desktop Computer only) Raising funds to bring GRIOT to more fans worldwide! You can help!

Big THANK YOU to everyone who already did chip in!

THANKS YOU AGAIN for making 2020 a product year despite our challenges!

Dear Friends,  It's been a while since my last newsletter. I hope you have all been well. I wanted to share some exciting news!  I am releasing a new duo album, which was recorded back in 2013. My friend, the very talented multi-instrumentalist Chris Torkewitz and I worked for months on the musical context and the arrangements. It was recorded at the historic Avatar Studios here in New York with sound magician Jim Anderson.  I will be touring to promote the album with Matt Malanowski, an innovative musical prodigy and we are looking forward to presenting the music to you. Please join us for the following concerts: Dec 13 LOFT, Wissmanstraße 30, Cologne Jan 17, National Opera Center America, New York  Tell your friends and see you all either in New York or Cologne! Also please help me to reach 1000 subscribes on YouTube which will allow me to distribute GRIOT a feature documentary about the oral history and music of West Arica! All the best and peace to the world! Volker.

Please see below for news about my other projects:   Wall of Forgotten Natives

Last year the American Composer Forum honored me with the Knight Composing residency. The community VR project follows a group of Native Americans in Minneapolis who are forced to live in an encampment near the highway. They survive the worst of circumstances by bonding together and fighting for desperately needed resources. The project was shot using 360 video and features a dance performance utilizing VR technology. It was one of the twelve finalists for the Knight Foundation's immersive technology call this year. I am excited to announce that the project has made it to the second round for the New Frontier Lab at the Sundance Film Institute. I am grateful to the many friends I have made and the invaluable support from from the Native Community. They invited me to a sweat lodge, to their most sacred sun dance ceremony and I also interviewed Sioux chief Galen Drapeau.

Tony Grahn a former resident of the encampment painted the four directions for the 360 video and we traveled together to the badlands and wounded knee.

And I had the amazing opportunity to perform solo at the Toscaninihof in Salzburg with light-projection artist Katrin Bethge. She is amazing check her work out!

Click on the map to view a 360 video from last year's opening ceremony of SONIC GATES!

Float, Float, Float On by Arthur Simms SONIC GATES was installed - NYC's first sound sculpture walk uplifted local communities by bringing new customers into the Bay Street Corridor, driving small businesses and highlighting the work of NYC local artists.  Ablaye Cissoko and myself toured again around Europe and I feel blessed to be alive to create beauty and deep healing through our concerts.